Home > Events > France and Judaïsm series > On March 4th and 5th, come to our symposium "Jewish survival and rescue in (...)

On March 4th and 5th, come to our symposium "Jewish survival and rescue in occupied France" [fr]

In Nazi-occupied France, nearly 75 % of the Jews were able to survive the Holocaust despite of the complicity of the Vichy government with the German authorities. This can be explained by a number of factors, particularly the implementation of rescue networks by the Jews themselves, with the help of the population in certain "refuge" regions.

On March 4 and 5, 8 speakers will gather to discuss the place of the Jews under the Vichy regime and try to understand why and how this uncommon situation could have happened.

This symposium is part of our series “France and Judaism: 2,000 years of intertwined history”, in partnership with the Musée d’art et d’histoire du Judaïsme in Paris (MahJ) and the World Jewish Congress. These conferences are shedding light on less known episodes of the history of Judaism in France, and on the situation nowadays. 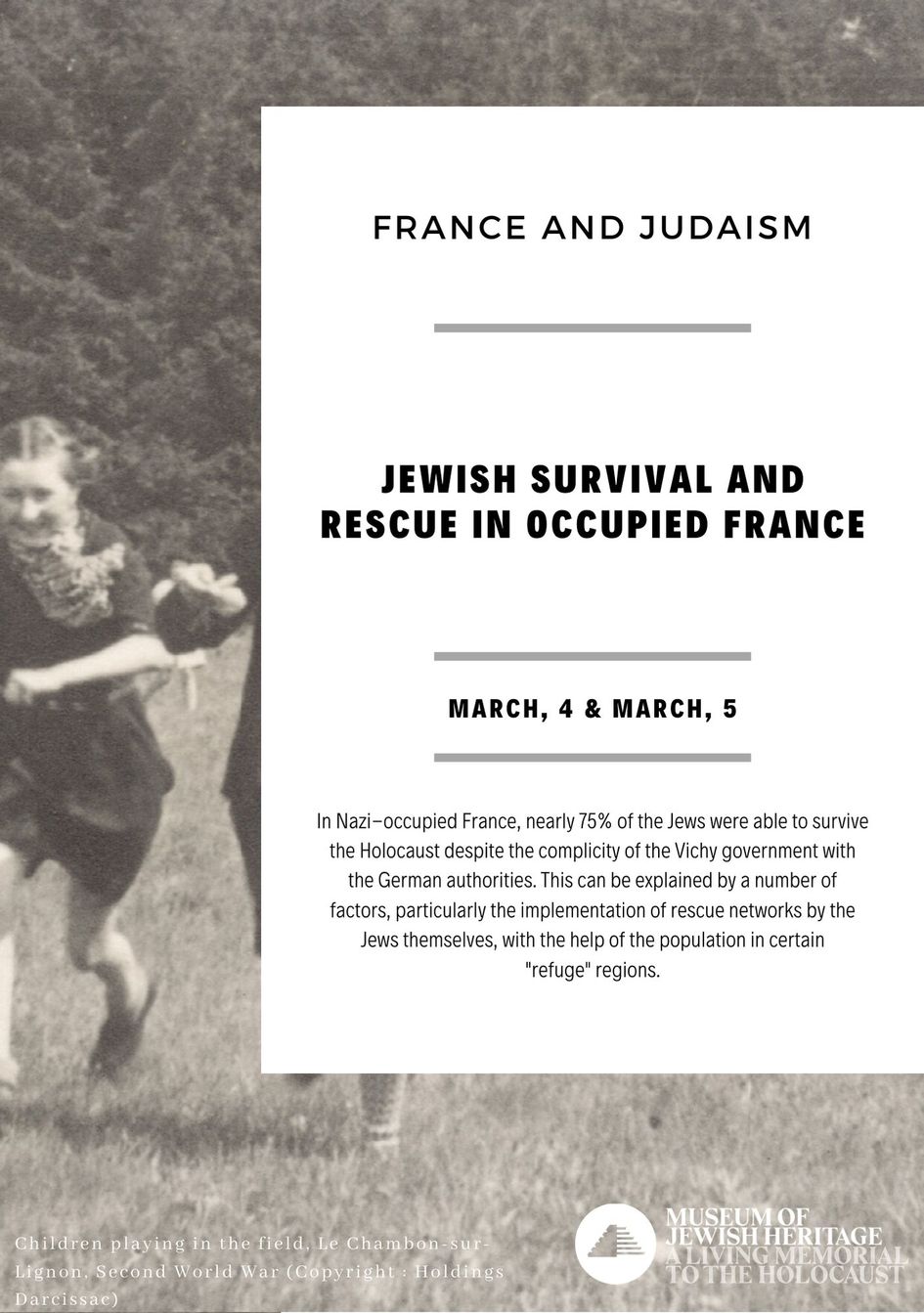 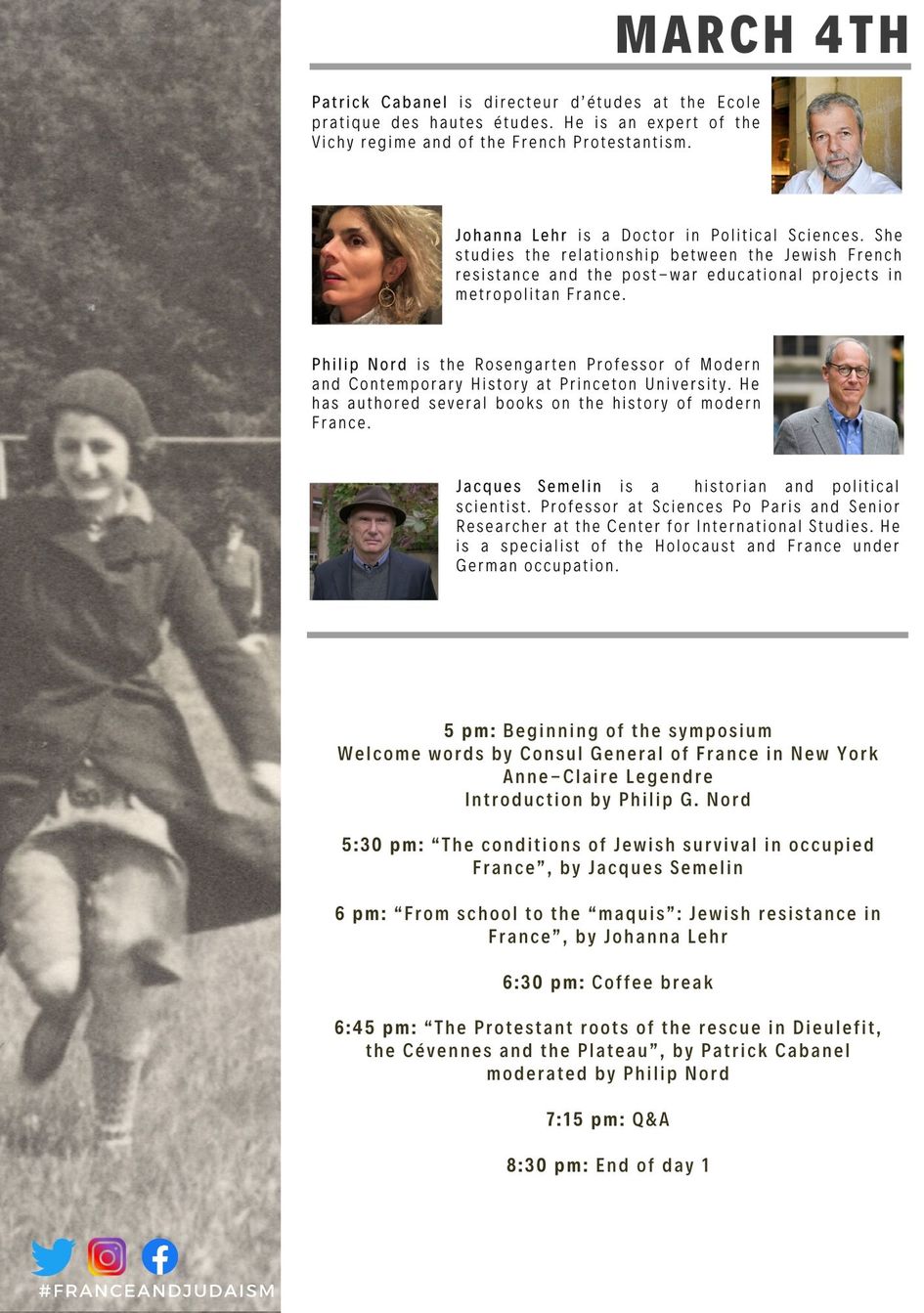 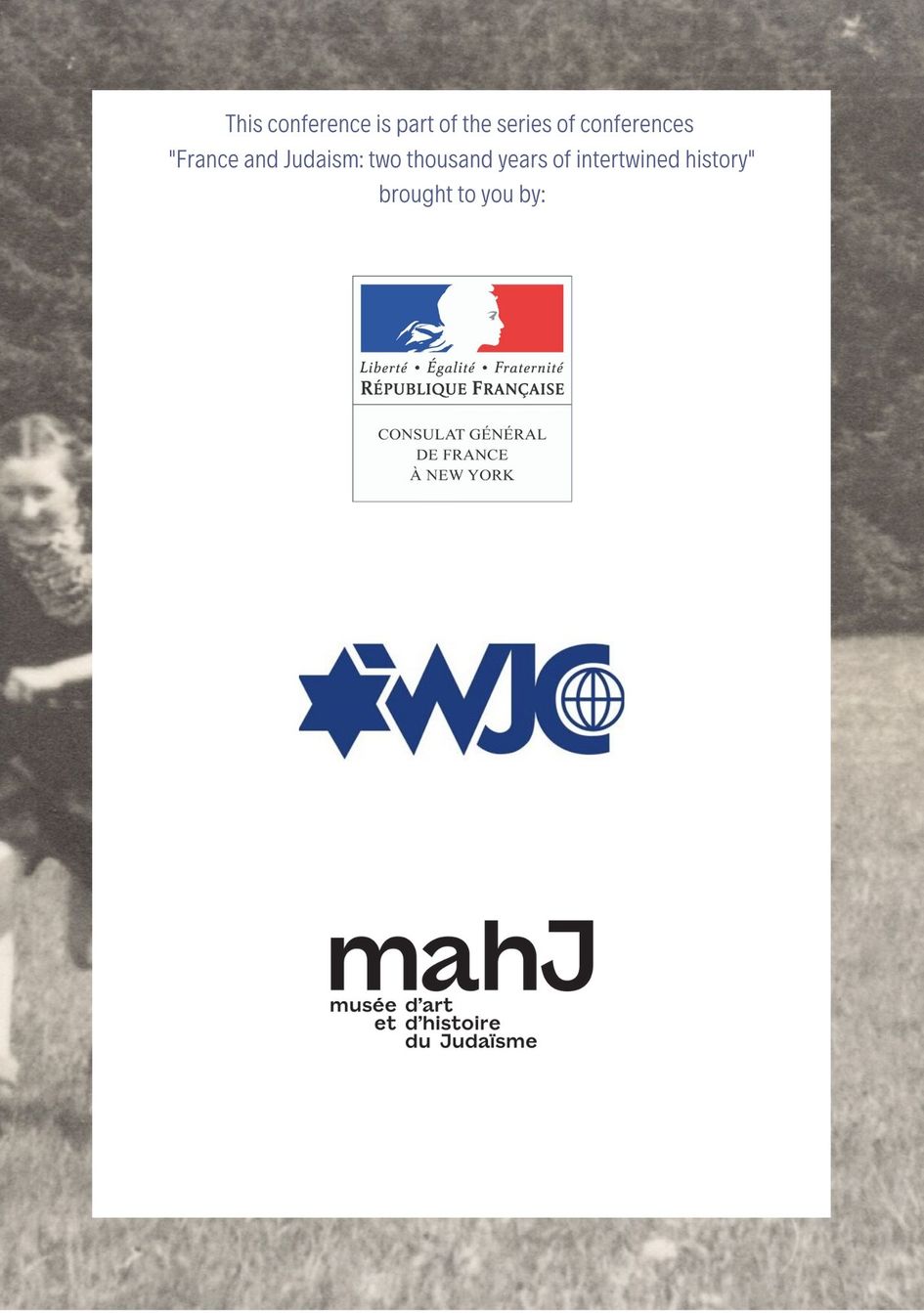