Generally, the traditional recipes from Franche-Comté are quite heavy. During long winters in the mountains, such as the Haut-Doubs mountains, people had to produce almost all of their own food. They raised many cows and pigs, and produced their own charcuterie and dairy products. Their dishes are therefore mainly composed of ham and cheese rather than, say, green beans, which are hard to grow in such cold climes.

Franche-Comté is a region with highly varied landscape. Life in the Haute-Saône plains differs a great deal from life in the Jura mountains. As a result, the people feed themselves in very different ways. For example, much more fruit is grown in the orchards of Northern Haute-Saône than in the rest of the département.

The final peculiarity of cooking from Franche-Comté is the disparity; there is essentially no gastronomic specialty of Besançon or Belfort, which are nevertheless among the largest cities in the region. Additionally, in the area surrounding Belfort, which, for many years was attached to Alsace, and where a large share of the population has Alsacien origins, Comtois recipes are used as much as Alsatian recipes (such as for choucroute, or pickled cabbage, even if the cabbage is often replaced by salted turnips). {} 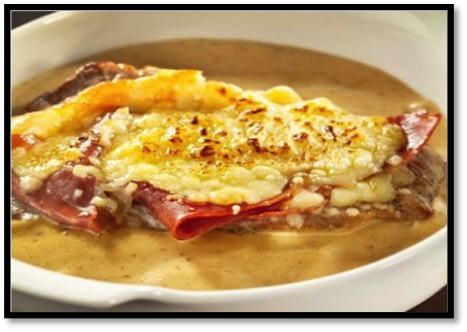 If you have any questions or comments, send me an email at chef.consulat@icloud.com