For the second edition of the “Chefs du 934” dinner, the Consulate General of France in New York welcomed the chef of restaurant Benoît, Philippe Bertineau. Hailing from the Poitou-Charentes region, Philippe Bertinieau is one of the most promising French chefs established in New York.

The meal, which was served to 40 guests, was accompanied by wines from Domaine La Grange Tiphaine, run by wine-grower Damien Delecheneau. A native of the Loire Valley, Damien Delecheneau inherited his father’s domain in 2002. Since then, he has turned to organic wine growing. His wines are renowned for their finesse and character.

You can find the menu below: 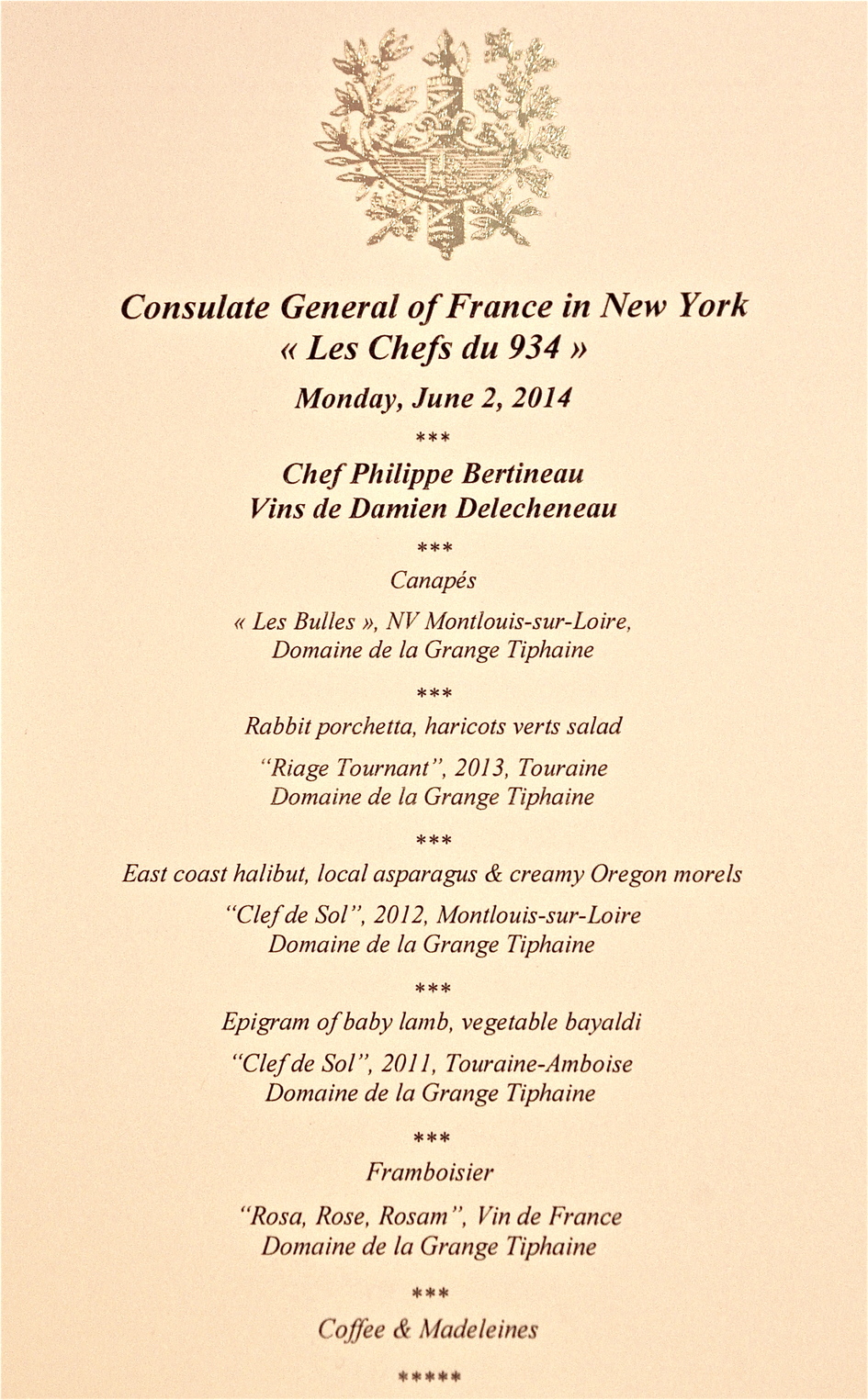 Both are selected by the “Chefs du 934” organization committee, composed of : 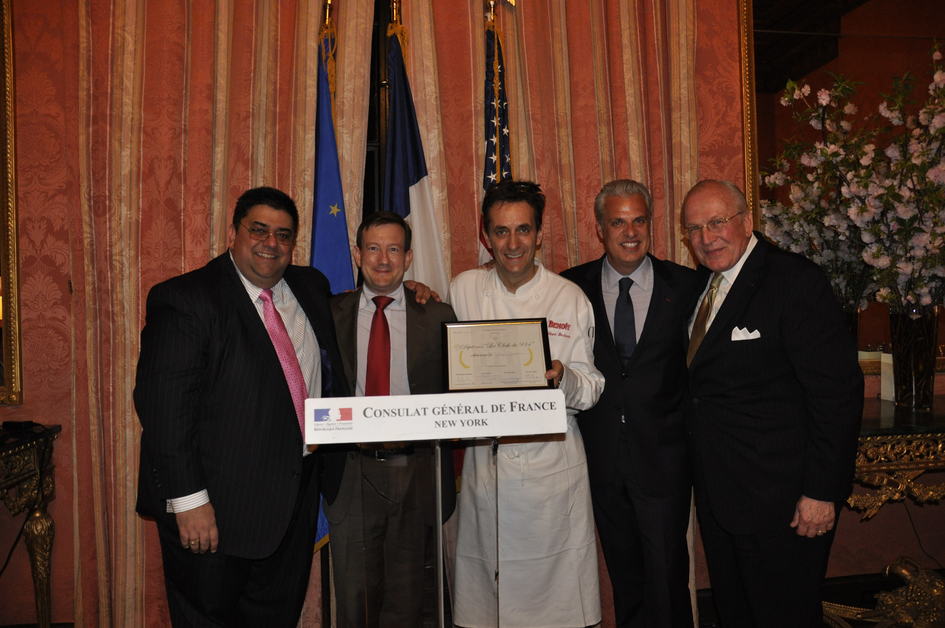 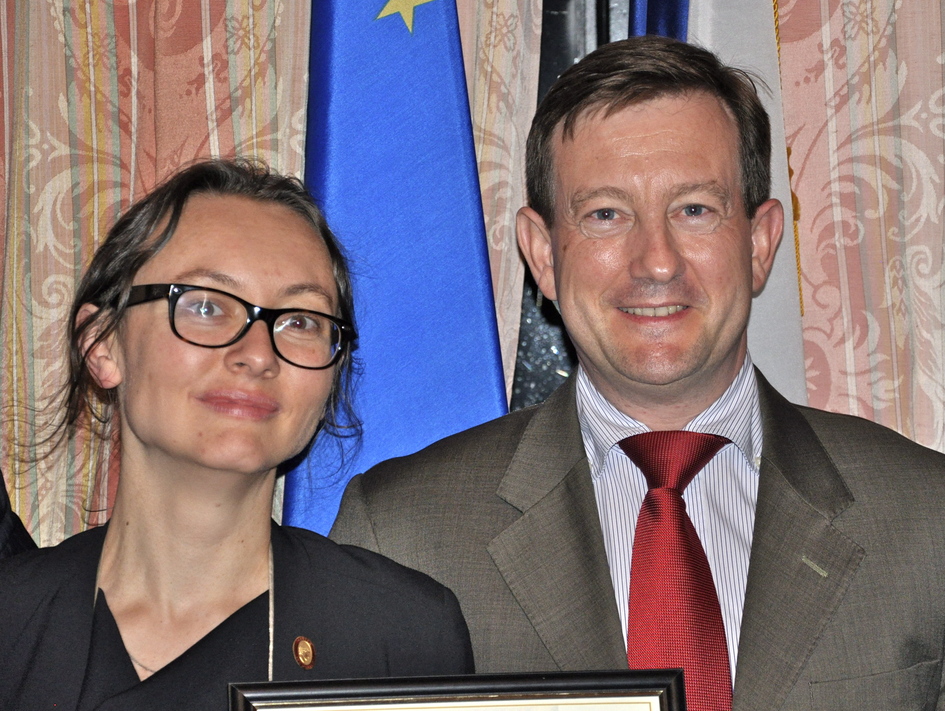 An award "Vignerons du 934" was also given on this occasion to Damien Delecheneau, represented here by Pascaline Lepeltier

More photos of this event can be found by clicking on the following link : https://www.flickr.com/photos/consulfrancenyc/sets/72157645081856351/