Conference 934: Slavery and the transatlantic Slave trade: Confronting the past, Re-shaping the future

Fanny Glissant’s documentary (see the trailer here https://vimeo.com/180859182) allows for a renewed comprehension of the historical realities and deeper socio-economic forces behind slavery and the slave trade, from 476 to 1888. Rodney Leon’s work as an architect and designer honors the collective and individual experiences of those affected by this terrible chapter in human history, and the healing process it requires. Both bodies of work aim to provide a better understanding of the past, so as to not repeat it and so that we can begin to overcome its traumas.

The history of slavery and the slave trade shows that economic interests have been pursued at the expense of human freedom and dignity. But it is important to be aware that slavery is also a modern tragedy, and that an estimated 40 million people are currently held in bondage.

The screening of Glissant’s documentary and the public conversation that will be held, will also serve as an opportunity to consider the resurgence of major threats to human freedom in the world today that need our engagement.

Conferences 934 are series of monthly conferences organized by the Consulate General of France with the support of La Compagnie Boutique Airline. 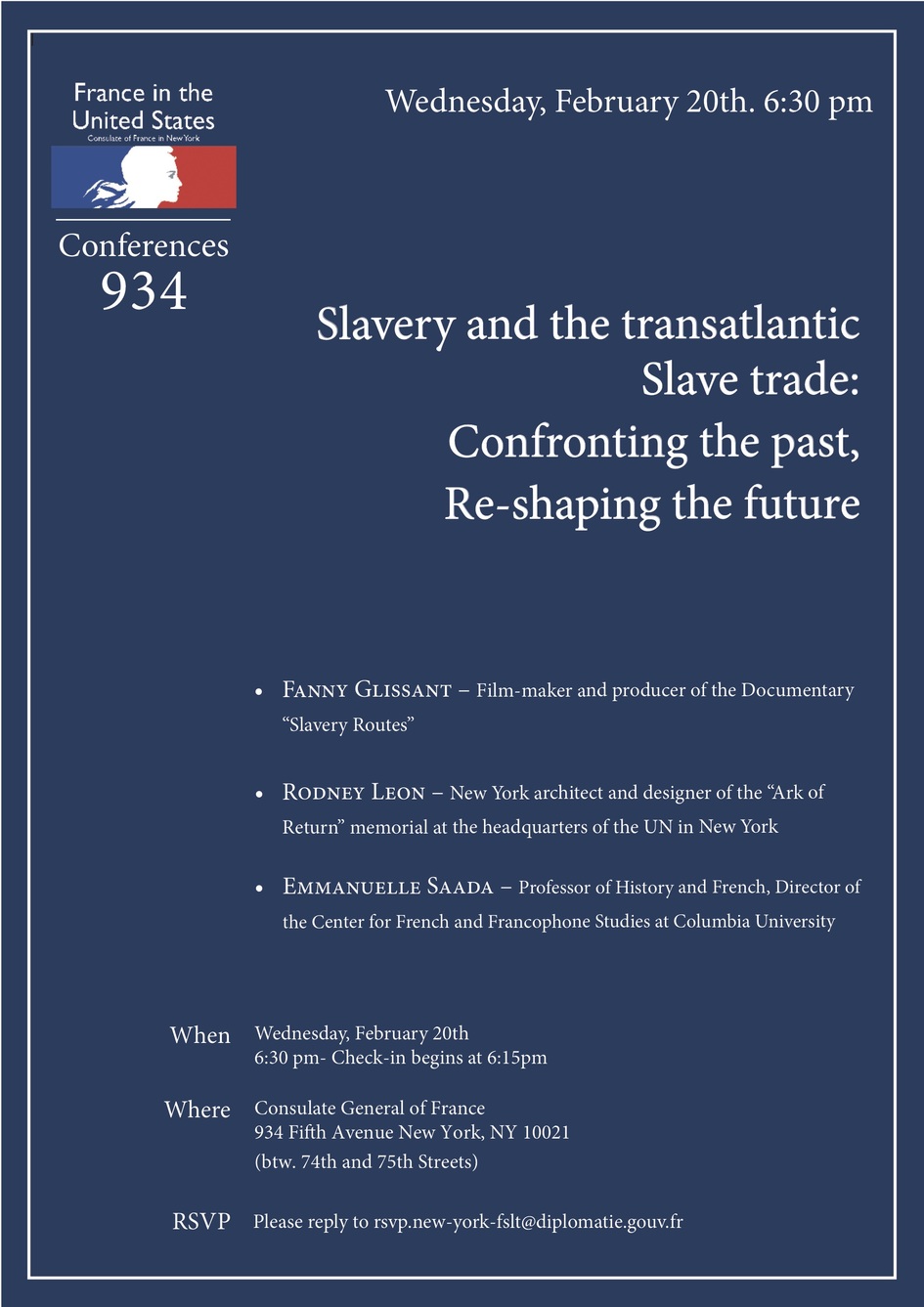 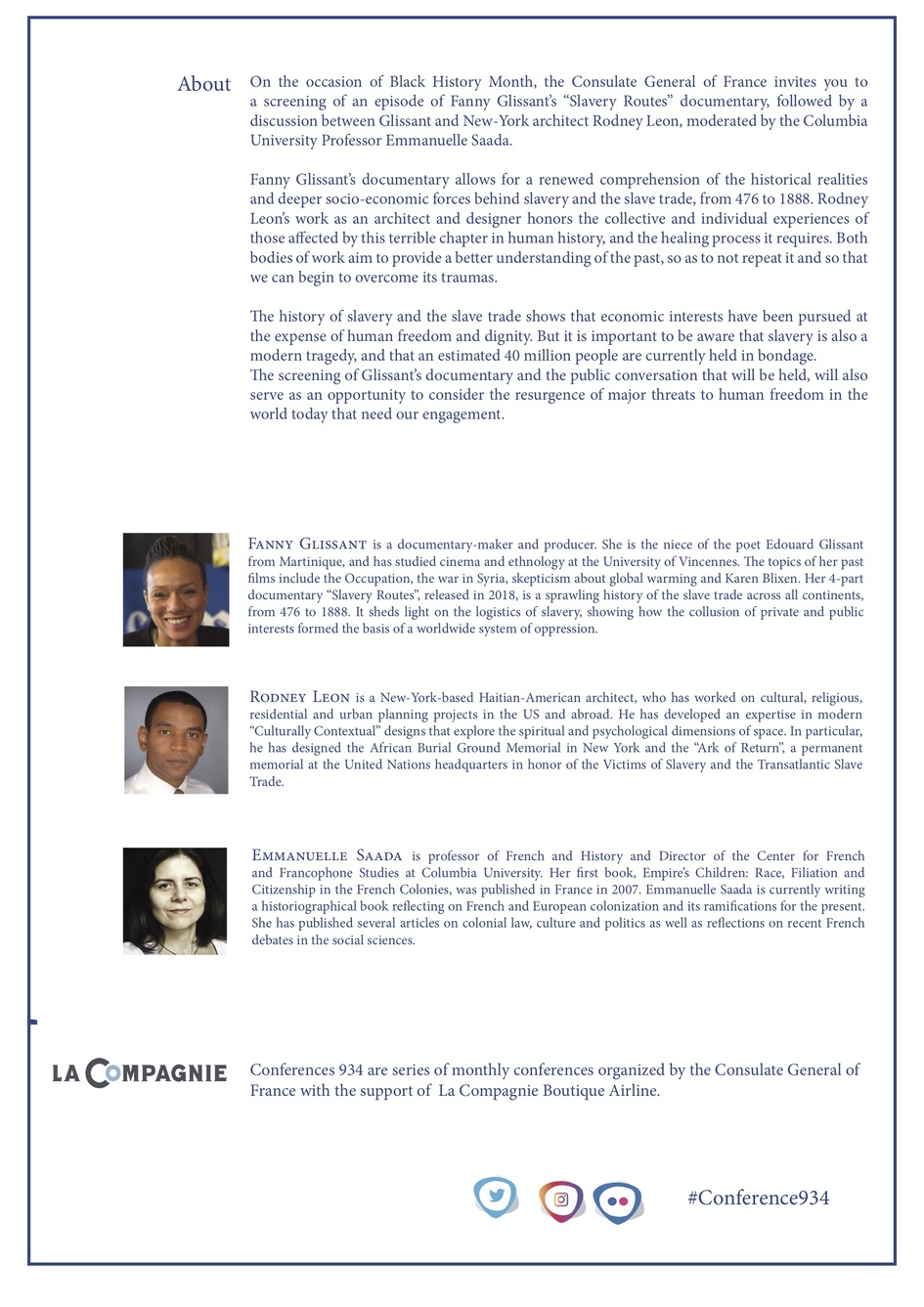