Spotlight on climate and environment during the UN General Assembly [fr]

In 2017, the theme of the 72nd session of the UN General Assembly was “Focusing on People: Striving for Peace and a Decent Life for All on a Sustainable Planet”. Climate change was therefore a central issue and France had a role to play in the discussions. 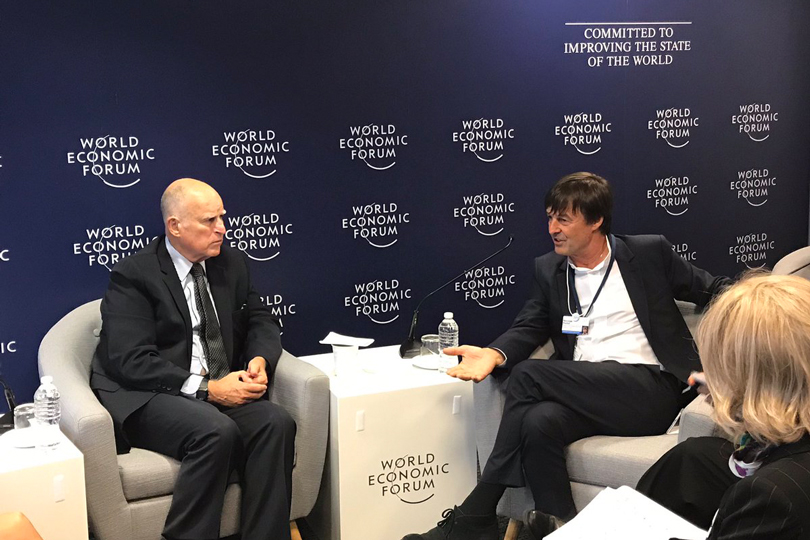 On September 18, the Minister for the Ecological and Inclusive Transition, Nicolas Hulot, attended a meeting organized by the World Economic Forum. He presented his Climate Plan for France, which aims at accelerating the transition towards more environmentally friendly energy sources and at implementing the Paris Agreement.

Minister of State Brune Poirson, attached to the Ecology Minister, was at the Consulate with Mounir Mahjoubi, Minister of State for the Digital Sector. They co-chaired a discussion panel on the use of open data in the fight against climate change. On the same day, United Nations Secretary-General António Guterres also reaffirmed his wish “to accelerate and deepen the role of sub-national actors in the implementation of the Paris Agreement".

The Summit on a Global Pact for the Environment took place on the next day. António Guterres urged global support for France’s initiative to create the first international legally binding document on the environment. “The Global Pact for the Environment, proposed by the Government of France, will capture this vital commitment in a universal text,” UN Secretary-General said. “It is about our duty of care to provide an environment that supports the health, well-being, dignity, and prosperity of everyone on this planet.” Ecology Minister Nicolas Hulot then presented the project at Columbia University Faculty House.

The same week, alongside the UN Assembly, Climate Week NYC brought together international leaders from business, government and civil society to highlight the unstoppable momentum of global climate action.

For example, C40 – a network of international megacities committed to addressing climate change – held the first edition of their talks at The New York Times building. C40 is chaired by Mayor of Paris Anne Hidalgo. The main focus was on greenhouse gas reduction policies. Several American cities expressed their willingness to implement on the goals set forth by the Paris Agreement.

Since the creation of C40, New York is one of the most committed cities to protect the environment. During Climate Week, Bill de Blasio announced new mandates that will compel the owners of the worst-performing 14,500 buildings in New York to meet fossil fuel caps. This measure would be equivalent to taking 900,000 cars off the road.