On June, 6 the Consulate hosted the Startup Tour New York competition. Congratulations to Storefront, the winning startup of this edition. See you in September for the Final round! 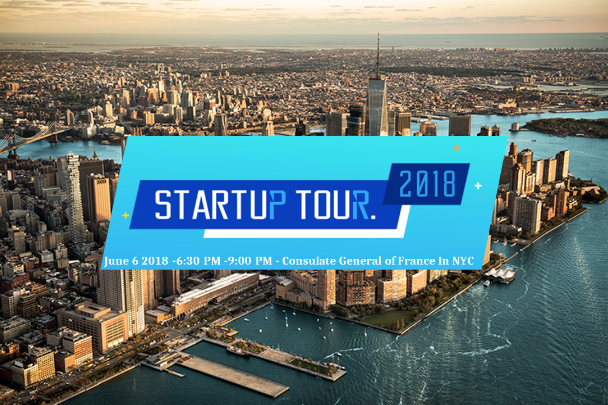 A year after the Great success of the first edition of the Startup Tour, FrenchFounders has expanded its ambitions transatlantically: the competition is now open to both French startups wanting to develop in North America and Americans wishing to develop in France.

The rest of the Startup Tour will run from June through September 2018, and includes 6 local competitions across all North America (New York, San Francisco, Miami, Montreal, Los Angeles and Paris). The winning startups will then face a final competition in September in New York in front of a jury of economic, business and industrial experts. Last year, The Secretary of State for Digital Affairs Mounir Mahjoubi awarded the prize to the winning startup during the Final in NYC!

The jury for the local competitions will be composed of investors, top-executives and entrepreneurs. The finalist of each local competition will be qualified for the finals in New York in September and will have the privilege to be guided by a mentor during the last preparation period, and will compete to win one of the 4 following prizes:

Julien Delpech, the CEO of INVIVOX and previous winner of the New York competition, announces a new fundraising round of $3,5 million.

Information on the competition: startuptour.us

Schedule of the other competitions of the StartupTour: