The 73rd session of the United Nations General Assembly was held the week of the 24th of September, 2018 in New York. The French president and various members of his government were present to reaffirm France’s position and role on the international scene. International cooperation, the environment and education were the three main topics of this year’s General Assembly. 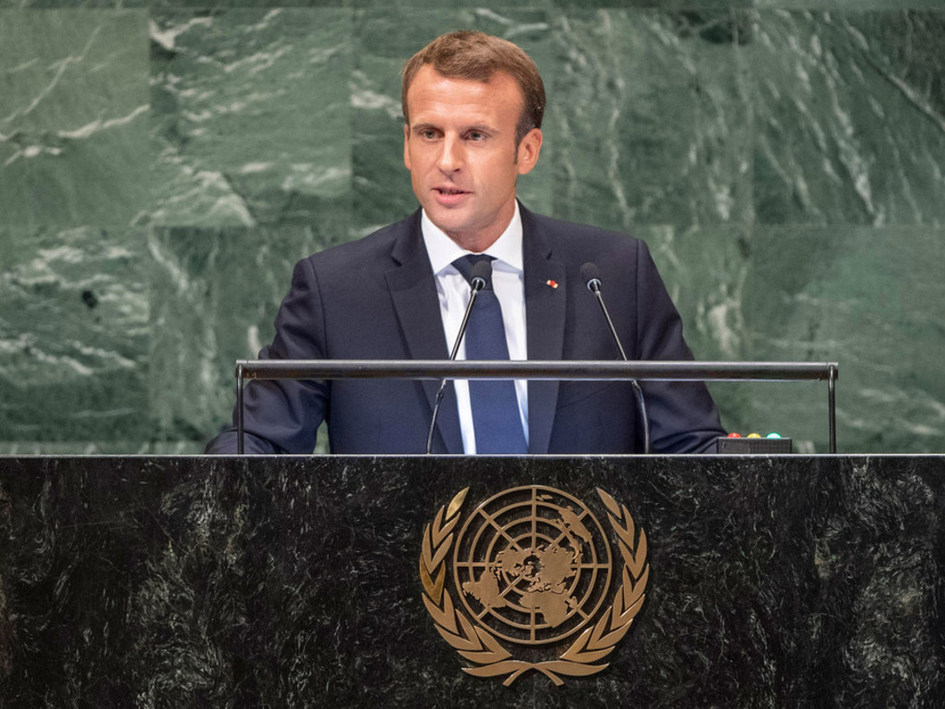 In his speech before the United Nations, Emmanuel Macron made a strong case for multilateralism, warning against the dangers of allowing the “rule of the strongest” to be the dominating principle of international diplomacy. He also spoke of the recent Aquarius refugee ship incident, in which the French government did not allow a boat that rescued 58 migrants to dock in its ports, and underscored the need for collective solutions to the immigration problems that this incident helped dramatize once again. On the climate issue, Macron made his determination to combat climate change crystal clear, with this one firm warning : “We will not sign any more trade agreements with countries that fail to meet the terms of the Paris Agreement.” In addition to giving this forceful speech, the president of France was able to get Europe, Russia and China to reaffirm their support for the Iran nuclear deal that was reached in 2015.

Aside from the conferences and bilateral negotiations that took place at the United Nations, there were two important diplomatic events that took place in the margins. The French head of state presided over the One Planet Summit on Wednesday September 26th. About thirty world leaders, as well as numerous CEOs, philanthropists and civil society groups were present to re-affirm their commitment to the struggle against climate change. Emmanuel Macron called for private investors to become more actively involved in the transition to a carbon neutral future. Larry Fink, Michael Bloomberg, the World Bank and a working group of six major sovereign funds made their commitment to this transition official by pledging major financial support for meeting the requirements of the Paris Accords.

In addition, the French President took part in Goalkeepers 2018, which was organized by the Gates Foundation. At this event, he pleaded for more investments that would encourage economic development in Africa and that would help reduce inequalities. Emmanuel Macron reminded the audience that France will contribute between 200 Million and 1 Billion Euros of financial support to the Sahel, starting in 2019, to help stabilize the situation there. This financial pledge will allow France to step up its role in dealing with political instability and inequality on the African continent, alongside Germany, Great Britain and the United States.