Home > Events > Outside of the Consulate > The Startup Tour Finale will take place in New York on September (...)

The Americas Grand Finale of this unique startup competition will reward one French startup, one American startup and the startup winning the popular vote. 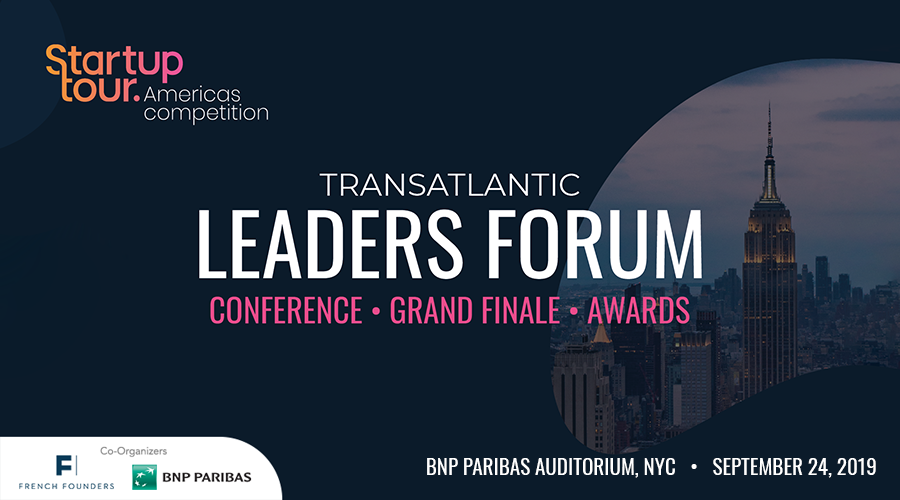 The 2019 Startup Tour Grand Finale will take place in the Auditorium of BNP Paribas’ Equitable Tower on September 24th at 12:30pm.

It’s been 3 years since the creation of the Startup Tour, which aims to help startups gain visibility, facilitating connections and discussions between startups, corporates and VCs. This networking will last all day long (in one-on-one designated meeting areas) and throughout the evening (during the VIP Cocktail organized by La French Tech).

Tejpaul Bhatia and LJ Erwin – Startup Leads East and West for Google Cloud – will host the award ceremony. This year’s exclusive format combines the Grand Finale of the Startup Tour with cutting-edge discussions and insights on Franco-American technology and innovation. On top of that, there will also be 3 fireside chats. This event will feature 15 keynote speakers, including LVMH’s CDO, Ian Rogers, Nicola Palmer, Senior VP of Technology & Product Development at Verizon and Luc Julia, CTO and VP of Innovation at Samsung.

More than 190 applications were received and judged for this Finale, organized by FrenchFounders and BNP Paribas. A jury composed of 10 members from various backgrounds has made a selection from 7 cities: Toronto, San Francisco, Mexico, New York City, Paris, Boston, and Los Angeles. There are 3 awards: the French Prize, the American Prize and the People’s Prize. The three awards offer substentiall support to the winning startups.