Conferences@934: The environment and water policies

The environment and water policies 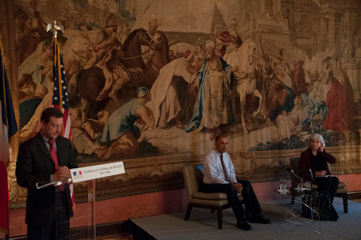 On March 22nd, the international community celebrated the world water day. On this occasion, UN Secretary-General, Ban Ki-moon, recalled that “One in three people already lives in a country with moderate to high water stress, and by 2030 nearly half the global population could be facing water scarcity, with demand outstripping supply by 40 per cent”. Our two speakers will compare French and American policies addressing the scarcity of water worldwide. 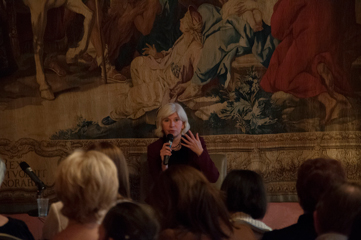 Pr. Laurence TUBIANA is the founder and director of the Institute of Sustainable Development and International Relations (IDDRI) in Paris. She participates in the international negotiations on climate change, in which the IDDRI is greatly involved. She is also the director of the Sustainable Development Chair at Sciences Po and a professor at the School of International and Public Affairs at Columbia University. Laurence Tubiana is a member of the French White Paper Commission on Foreign and European Policy, founded in October 2007 and was recently given the responsibility of implementing a new Department on International Public Goods at the French Ministry of Foreign and European Affairs. Previously, she served as Senior Advisor on Environmental Issues to the French Prime Minister, Lionel Jospin. She was also part of the French Council of Economic Analysis and Research Director for the French National Institute of Agricultural Research (INRA). In the 1980s, she was President of the Solagral NGO. Ms. Tubiana has been decorated Officer of the French Legion of Honor. 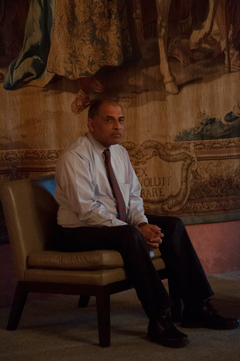 Pr. Upmanu LALL is the Director of the Columbia Water Center wich mission is to tackle the issue of global water scarcity through innovations in technology, public policy and private action. Upmanu Lall is a leading expert on hydroclimatology, climate change adaptation, risk analysis and mitigation. Recently, he has become concerned with the issue of global and regional water sustainability, and the more general issue of modeling and managing planetary change due to coupled human and natural dynamics. He is developing technical and policy tools for the projection and management of environmental change as part of a quantitative approach to sustainability of earth systems. Upmanu Lall is a Professor of Engineering at Columbia and a Senior Research Scientist at the International Research Institute for Climate & Society.

Conferences@934 is a series of monthly conferences organized by the Consulate general of France that brings together two leading experts, one French and one American, who share their analyses on international issues.