Good France, the annual celebration of French gastronomy in France and worldwide, is back in New York from October 14 to 22! Learn about the program and book your tickets!

This year, the festival will celebrate the Centre-Loire Valley. The region is a mecca for French gastronomy, with a cuisine based on authentic and seasonal produces coming directly from local producers. 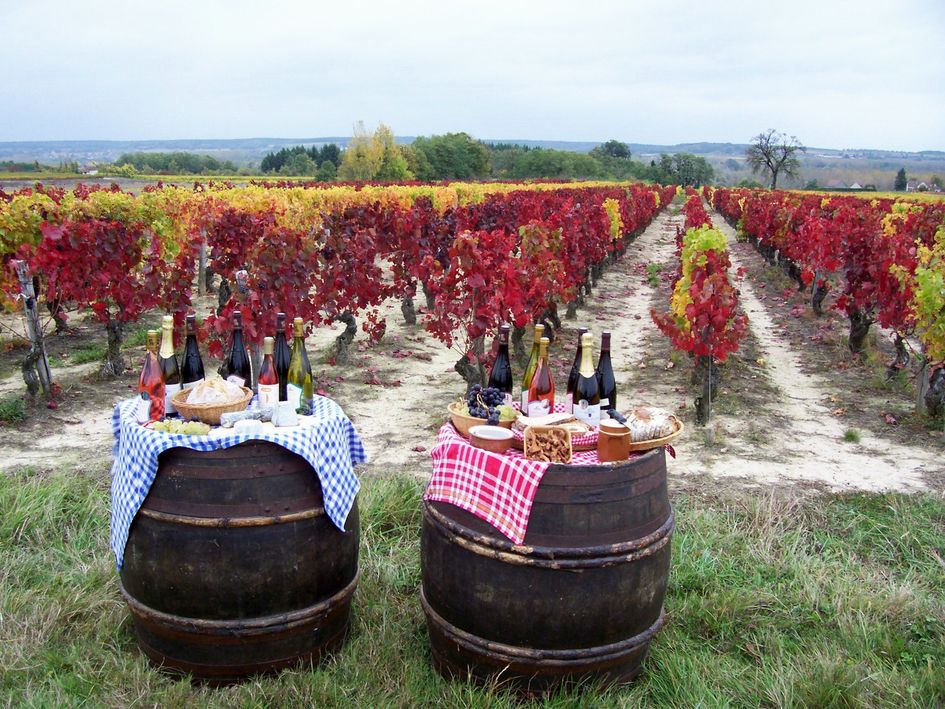 Cradle of the Renaissance, the Centre-Loire Valley is known for its exceptional historical heritage, particularly its vibrant cities like Tours, Orléans or Bourges; numerous châteaux – Chambord, Clemenceau, Blois, Amboise…; botanical and châteaux gardens; and green spaces, including some of France’s best vineyards.

Rich in history, the Centre-Loire Valley is nevertheless looking to the future, perpetually evolving. This quest for reinvention and “renaissance” is reflected in the region’s gastronomy, with new practices focused on sustainable cuisine. This theme, representative of the region, will be at the heart of our events in New York, which will also highlight the role of women in the culinary world.

Join Consul General of France in New York Jérémie Robert and this year’s Good France ambassador and 2-Michelin stars Chef Christophe Hay for 9 days of celebration around the Big Apple!

Join us for a special screening of the documentary "The Goddesses of Food" written and directed by Vérane Frediani. This 94-minute film, also known by its French title "À la recherche des femmes chefs" features interviews with pioneering women from all across the globe, working in haute gastronomy, restaurants and the food and wine industry. Giving them a voice, the documentary explores the challenges they face in the culinary world, where women are still largely outnumbered by men and receive far less publicity. From chefs and sous chefs to sommelières and activists, learn how these innovative leaders are using gastronomy as a lever to shift the perception of the role of women in society. Watch the trailer

We also encourage you to register to our virtual talk "Women in Gastronomy: a new chapter?” on October 19, moderated by Vérane Frediani with four inspiring women in gastronomy.

In celebration of Good France NYC 2021, join Pressoir.wine for a dinner honoring wines of the Loire Valley, which will feature some of the top producers in the region, including the cult wines from Clos Rougeard, known for its brooding and soulful Cabernet Franc.

Join Pascaline Lepeltier, Meilleur Ouvrier de France (MOF) sommelier and Best Sommelier of France in 2018, for a fun and educational wine tasting hosted at the Consulate General of France in New York. A great occasion to develop your palate and discover the classic wines and grape varieties from the Centre-Loire Valley region, their history and secrets.

Per current NYC mandate, all guests must show proof of vaccination along with a valid photo-ID to join us.

How are female chefs redefining the world of haute gastronomy and the place of women in society? Join Amanda Cohen - Dirt Candy ; Laetitia Visse - La Femme du Boucher ; Paz Levinson - Groupe Anne Sophie Pic, Hélène Piétrini - La Liste and Mashama Bailey - The Grey for a virtual talk moderated by director Vérane Frediani on the enhancement of women’s role in the culinary world. Ahead of the talk, we encourage you to discover Vérane Frediani’s documentary "The Goddesses of Food" that will be made available for free on Vimeo during the entire Good France week.

Experience a prestigious dinner recreating the atmosphere of the Renaissance era "châteaux" at the Consulate General of France in New York! Join us to savor a specially crafted 5-course menu cooked by chefs Sébastien Baud, Aurélien Dufour, Hervé Malivert, Pascal Petiteau and Jimmy Leclerc to celebrate the Centre-Val de Loire gastronomy in a baroque style. From Chambord to New York, these 5 French chefs based in the city will revisit historical dishes to impress your taste buds.

Per current NYC mandate, all guests must show proof of vaccination along with a valid photo-ID to join us.