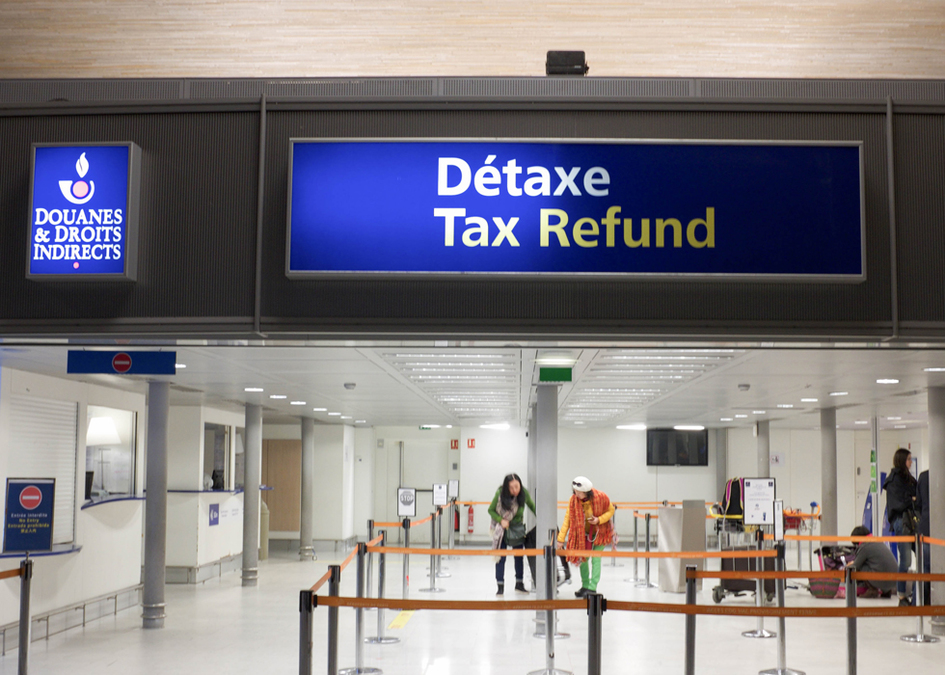 Tax Free Shopping: How does it Work?

Export Sales Slips allow travelers who live outside the European Union and who are passing through France for less than 6 months to be exempted from export VAT for certain goods.

To find out the terms and conditions of tax-free sales refer to the information notice produced by the French customs services:

The purchase must be a retail sale that is touristic in nature and not of a commercial nature. The process can be used for a purchase over the internet, as long as it is delivered in France and the Export Sales Slip is given at the same time as the merchandise so that it can be stamped before departure.

Procedures when Leaving the European Territory

Starting January 1, 2014, stores must issue PABLO sales slips (program for clearing slips by optical barcode reading). These computer slips, which have a barcode and the PABLO logo, must be scanned before departure.

Thanks to this electronic procedure which is now offered by the customs services, travelers are no longer obliged to go to the customs counter to have his or her PABLO slips validated before departure. They can now go to one of the PABLO terminals, which are self-service, with instructions in English on how to have his or her slip scanned and obtain the electronic signature for the slips to be processed.

These Kiosks make it possible for travelers to initiate the VAT refund process more quickly. Depending on the option that was chosen at the time of purchase, the traveler may request a refund of his or her VAT before departure.

I am leaving France, where can I find the PABLO terminals?

These terminals are available at the airports of Roissy-Charles-de-Gaulle, Orly, Lyon St-Exupéry, Marseille-Provence, Nice-Côte d’Azur, Geneva-Cointrin, the port of Marseille and the customs offices in Saint-Julien en Bardonnex, Pontarlier et Vallard (Swiss border). Travelers can choose to have the information on the terminal screens in English.

At Paris-Orly? At the South terminal, departure level, gate G.

Generally speaking, the terminals will be located near the customs counters.

How to carry out the tax refund procedures with the PABLO slips before departure?

The process for regularizing your sales slips through the Consulate

Obtaining the stamp on your sales slip that will start the VAT reimbursement process, after leaving the country where goods were purchased, can only be done under exceptional circumstances.

This procedure is not available to travelers who didn’t present their sales slip/and or merchandise when they left the territory of the EU, according to the instructions they agreed to do when they signed the sales slip.

It can only be used when the sales slip could not be scanned and signed at the customs office for reasons having to do with the operations of the customs offices (absences, momentary interruption, dysfunction in the PABLO application).

This procedure allows travelers who have left the EU without having had their sales slips stamped for these reasons only and under certain other conditions, to request these slips to be stamped after the goods have already been exported.

To this end, there are two options:

You must go to the Consulate in person and by appointment only.

To request and appointment, please send an email to the following address: info.new-york-cslt@diplomatie.gouv.fr explaining the reasons why you could not complete the tax refund formalities before leaving the EU.

During your appointment at the Consulate you will present:

Sending the request for regularization through the Consulate

You must send your request for regularization to the regional customs directorate that has jurisdiction over the territory you left in the EU, within 6 months of the date of the purchase of the goods.

When you made your purchases in France but left the territory of the EU via another member state:

If you travelled internationally by train and were not able to have the tax refund slips stamped during the trip or at the border station (leaving the European Union) by the customs service: Direction générale des douanes françaises bureau F1
11 rue des 2 Communes
93558 Montreuil cedex

You will need to indicate:

You will need to attach: