Mrs Annie Michel was presented with the insigna of Chevalier of the Legion of Honor by Mr. François Delattre, Ambassador, Permanent Representative of France to the United Nations at a ceremony held at the French Consulate General in New York on September 15, 2015. 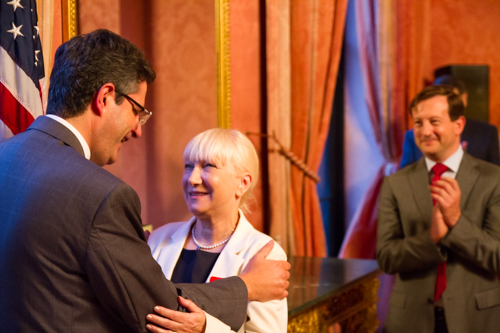