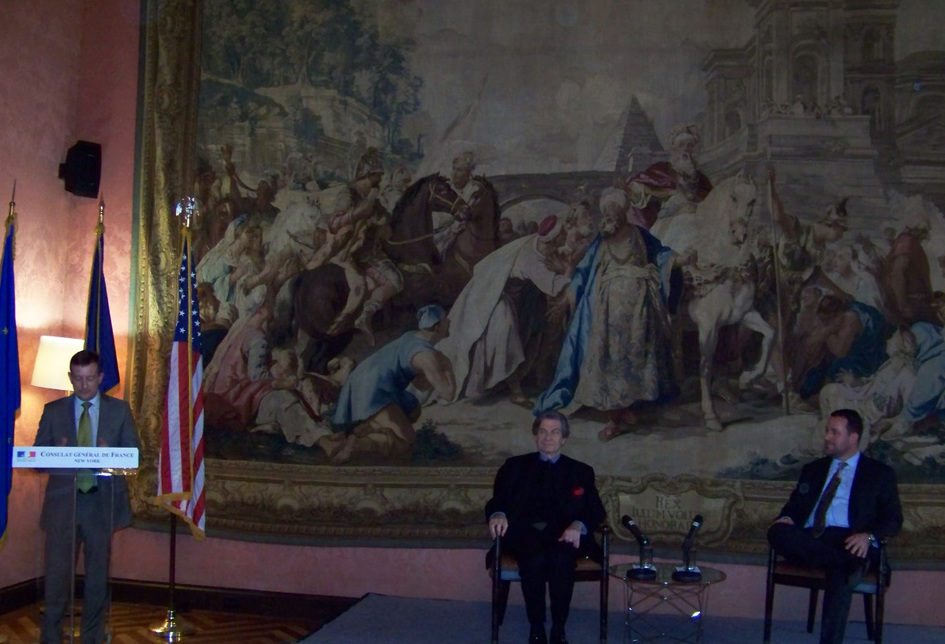 In the USA, 90% of households give to charity while charitable giving accounts for 2% of gross domestic product. If Philanthropy will not replace the Welfare State, it can bring complementary social and ethical benefits to our societies. At a time when the French Welfate State proves unable to create and finance new performing forms of solidarity, Guy Sorman and Aaron Dorfman will compare the two models of Philantropy and Welfare State.

Guy Sorman, a leading French public intellectual and author, who has written more than 25 books on social, economic, and global affairs, is one of the most influential “classic liberal” thinkers in France. A number of his works are focused on the US, including his last essay The American Heart (2013), which deals with American philanthropy. In 2013, Dr. Sorman became president of the monthly magazine France-Amérique, building on a long career in publishing. In 1975, he founded Sorman Publications, which publishes weekly newsletters on public finance, ecology, and local administration, among other topics. He is also a contributing editor to City-Journal in New York and a syndicated columnist with Project Syndicate. Sorman’s columns have appeared in newspapers worldwide. From 1970 to 2000, Dr. Sorman was a professor at Paris University, Institute of Political Sciences, teaching economics and political philosophy. He has also served as a visiting scholar with the Hoover Institution at Stanford University. Guy Sorman is a Member of the Board at the NYU and Columbia University “Maison Française”. In 1979, Dr. Sorman founded International Action against Hunger, of which he is Honorary President. Since 2004, he has been a member of the French National Commission for Human Rights. Dr. Sorman has served in various political capacities, currently as Chairman of the Boulogne-Billancourt’s Economic council and previously as the city’s Deputy-Mayor in charge of culture and science; he was also economic adviser to the French Minister for foreign affairs and the Prime Minister of France.

Aaron Dorfman is executive director of the National Committee for Responsive Philanthropy (NCRP), a research and advocacy organization based in Washington, D.C. Before joining NCRP in 2007, Aaron Dorfman served for 15 years as a community organizer with two national organizing networks, spearheading grassroots campaigns to improve public education, expand public transportation for low-income residents and improve access to affordable housing. Aaron Dorfman frequently speaks and writes about the importance of diversity in philanthropy, the benefits of foundation funding for advocacy and community organizing, and the need for greater accountability and transparency in the philanthropic sector.


Conferences@934 is a series of monthly conferences organized by the Consulate general of France that brings together two leading experts who share their analyses on international issues.
More information: http://www.consulfrance-newyork.org or on