Mounir Mahjoubi, Secretary of State in charge of Digital Affairs, was in New York September 18-20, for the United Nations’ General Assembly. The visit also gave him the opportunity to attend several events focusing on startups and the digital transition. 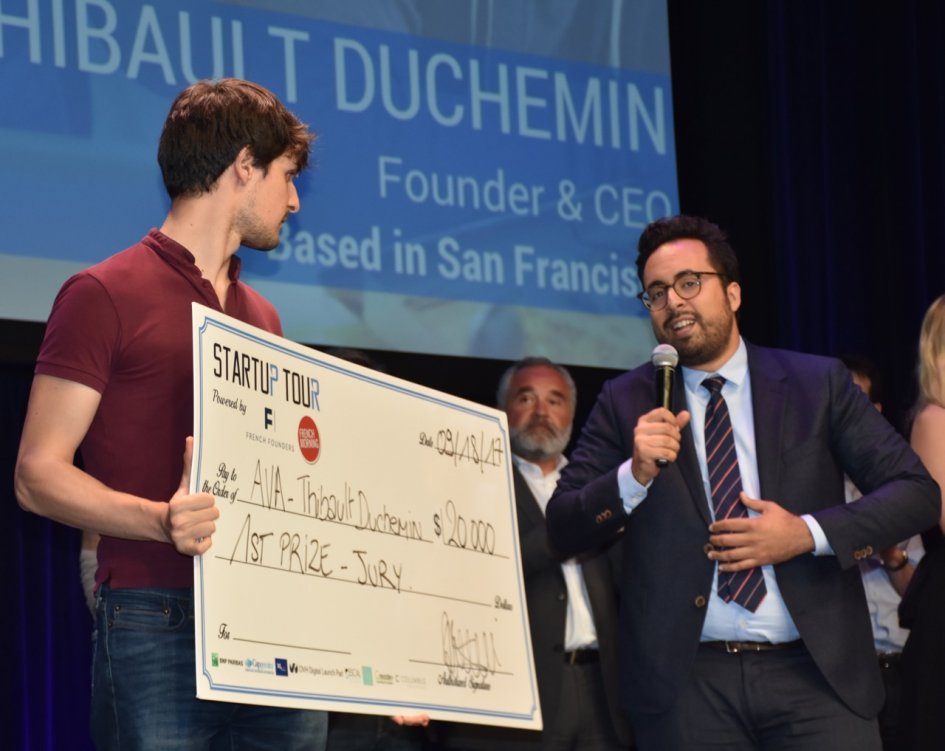 On September 19, at the final round of the Startup Tour, Mounir Mahjoubi gave a platform to some of the French talent in the United States. He awarded a prize to the three most promising startups, including a check for USD 100,000 to Tibault Duchemin, founder of Ava, a startup aiming to improve the lives of the deaf and hearing-impaired, with an artificial-intelligence technology providing real-time sub-titling for conversations.

Mounir Mahjoubi also attended an Open Data and Sustainable Development event organized during the transfer of power from France to Georgia at the UN’s Open Government Partnership. During the event entitled “Open Digital Innovation for the Environment, Taking up the Climate Challenges Together”, five panelists from the public sector, NGOs and startups presented open data initiatives aiming to fight global warming. The Secretary of State then participated in an informal exchange with Brune Poirson, Secretary of State to the Minister for the Ecological and Inclusive Transition, Miguel Gamino, Chief Technology Officer in New York. During the conversation, he stressed that the convergence of the digital and the climate challenges will be both progressive and inevitable.

On September 20, Mounir Mahjoubi and Alicia Glen, Deputy Mayor for Housing and Economic Development, talked about the partnership between the city of New York and French Tech, with New York offering to sign a framework agreement that would be the first of its kind between the city and a foreign tech ecosystem. The meeting was also the occasion to reiterate that the State’s digital transformation is one of the priorities of the French government.

Mounir Mahjoubi then visited the new Cornell Tech campus, an engineering school born from a partnership between Cornell and Technion – Israel Institute of Technology. The school aims to train future tech and digital leaders. Mr. Mahjoubi met with a group of students to prepare a study trip to Paris that would give them exposure to the city’s tech ecosystem. The Secretary of State also spoke with Daniel Huttenlocher, Campus Dean, and they talked about the benefits that could be found in creating partnerships with French Engineering schools.